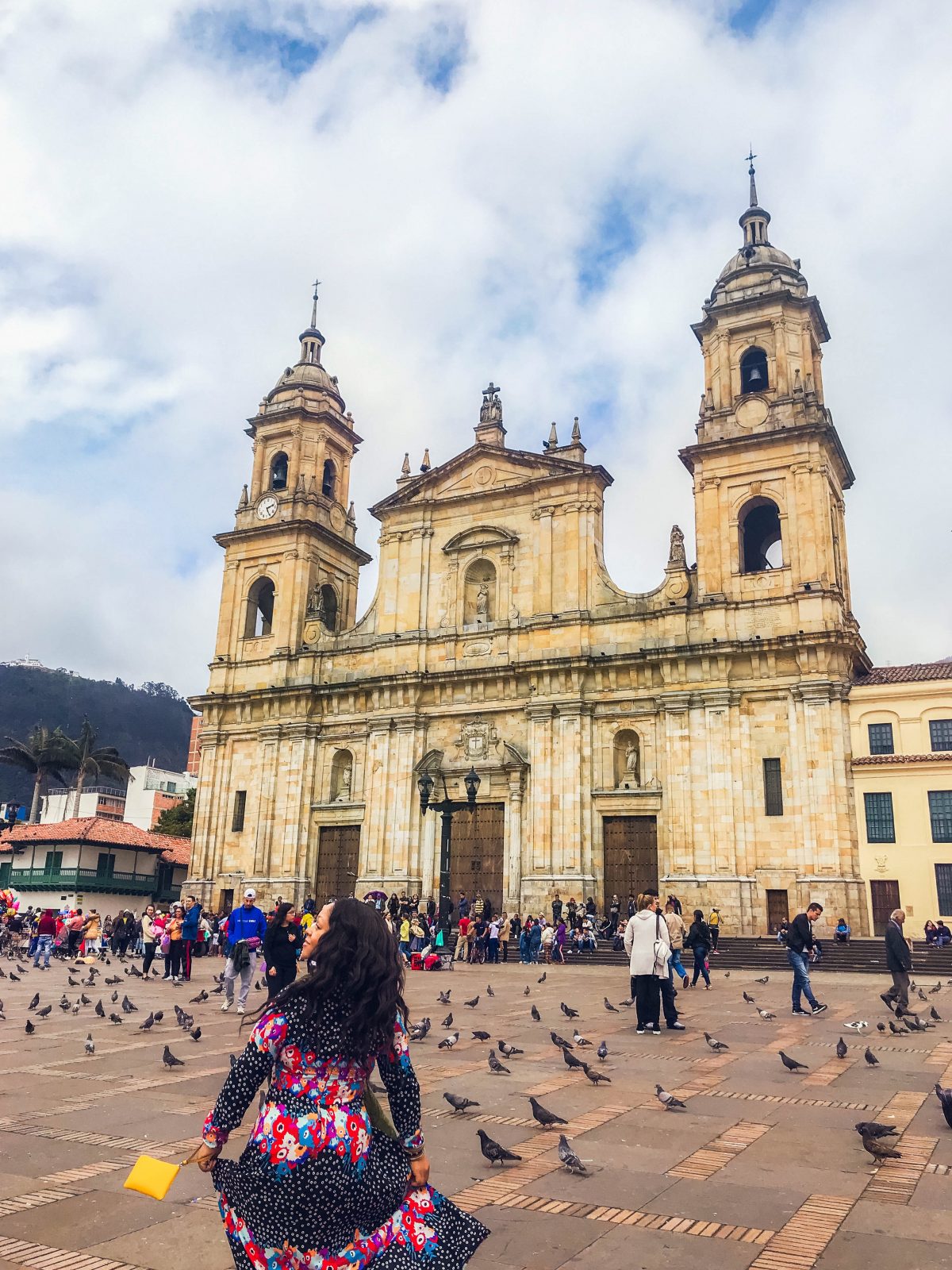 48 hours in Bogota, Colombia. What to do, what to eat and where to stay.

I recently took a trip to Columbia, that I was supposed to take over a year ago. The trip got canceled due to an airline strike. Of course I was upset about it then, but it ended up being a blessing in disguise. I traveled with one of my girlfriends to two cities in Colombia, for five days, and we had the time of our lives! Here is your guide on what to do, What to eat and where to stay in Bogotá.
Bogotá
Day 1: Bogotá was a quick three hour flight from Miami, so it gave us a full day to see a few sites after we landed and got checked into our hotel.
Where to stay:
We stayed at the Estalar Windsor House, in the Parque 93 area of town. The rooms were spacious, clean and there was a fabulous restaurant inside of the hotel. It was also a safe neighborhood, and in proximity to a mall and several great restaurants. 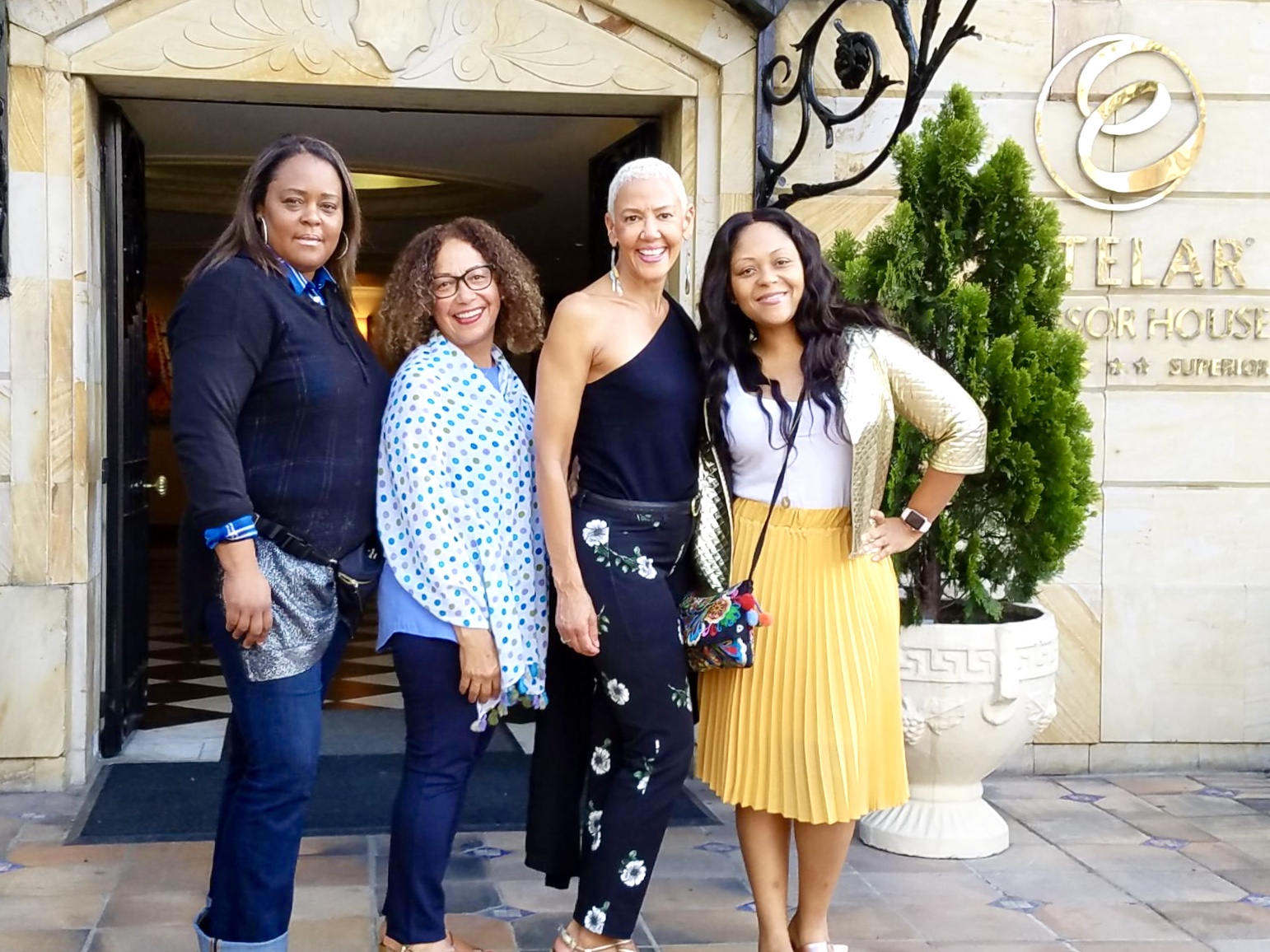 What to see:
Bogota is an extremely artsy city, and like so many cities in South America, it is filled with beautiful churches and cathedrals. Our first stop was to Iglesia Nuestra Señora del Carmen, also known as the candy cane church. We did not have time to go in, but we were able to get some beautiful photos on the outside. 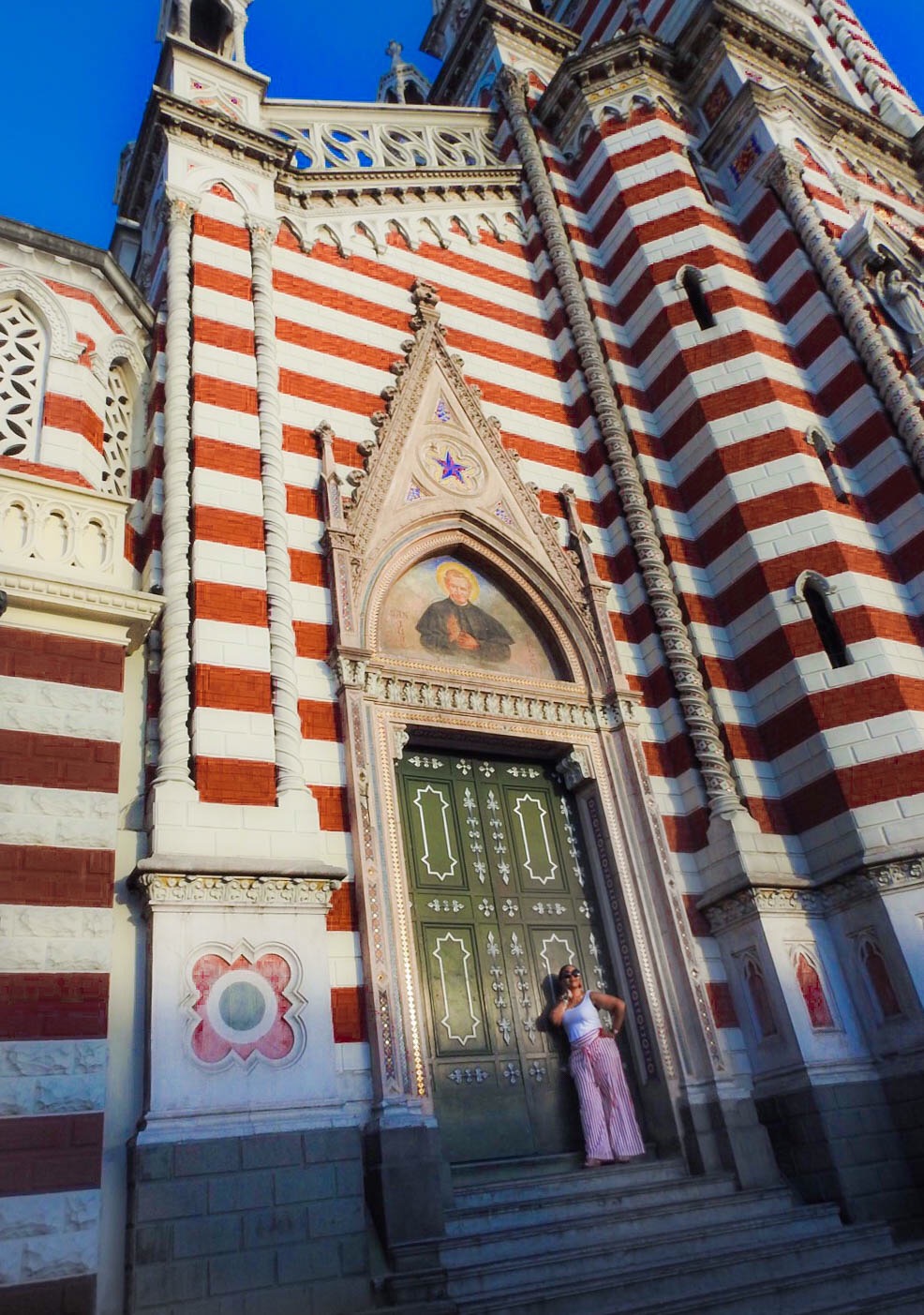 The rest of our evening was spent at Montserrate. Monserrate is an important symbol of Bogota. Not in ecological respects, but in religious terms. The name is derived from the Montserrate mountain near Barcelona in Spain. You can go up in different ways. There is a cable car, a train, and you can also just walk. We took the cable car for $9 usd round trip. On top of Monserrate are 2 restaurants. San Isdro house is open from Monday to Saturday from 12:00 pm to 12:00 am. The Santa Clara House is open Tuesday through Saturday from 12:00 pm to 5:00 pm and on Sunday from 09:00 am to 5:00 pm. Metered cabs are available all over Bogotá, but we took Uber (which is not legal) for about $10 from the hotel.
Day 2:
I mentioned that Bogota is a very artsy city, and it is filled with history and museums. Spend a little time at the gold museum (Museo del Oro) that is located in the heart of the city. The museum displays a selection of pre-Columbian gold and other metal alloys, such as Tumbaga, and contains the largest collection of gold artifacts in the world in its exhibition rooms on the second and third floors.
Next, head over to the Botero Museum. The museum houses one of Latin America‘s most important international art collections. the Colombian artist Fernando Botero donated 208 art pieces, 123 of his own making and 85 of other international artists, to the Bank of the Republic. With this collection, the Botero Museum was founded in the neighborhood of La Candelaria, the historic center of Bogotá, in a colonial mansion that was acquired by the Bank of the Republic and made suitable to house the art collection by Fernando Botero himself. I love how Botero’s pieces, celebrate the curves that women have. I was able to see a couple of pieces by Picasso as well!
Do some shopping and people watching at Plaza de Bolivar. The shopping in Bogota was significantly cheaper than in Cartagena. You are always encouraged to haggle, but I did not have any luck with it.
If you are a Narcos fan, this area is where you need to be. Several scenes are set within Bogota’s main plaza which is just a short walk from the Casa de Nariño and Palacio de Justicia. 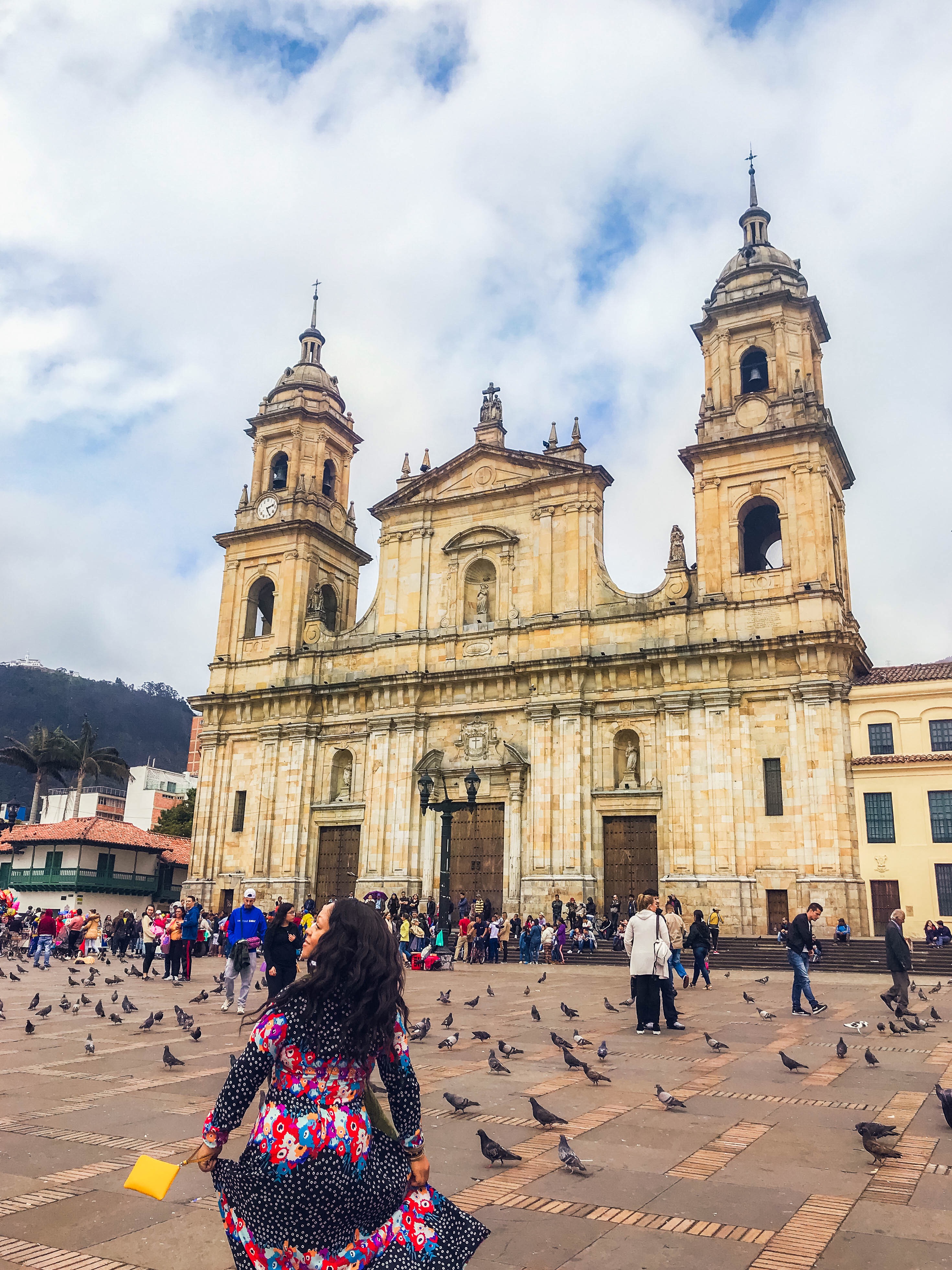 Remember the episode where the M-19 raided a big government building in an effort to destroy evidence against Escobar? That was the Palace of Justice in central Bogota, parts of which had to be rebuilt after the deadly siege. 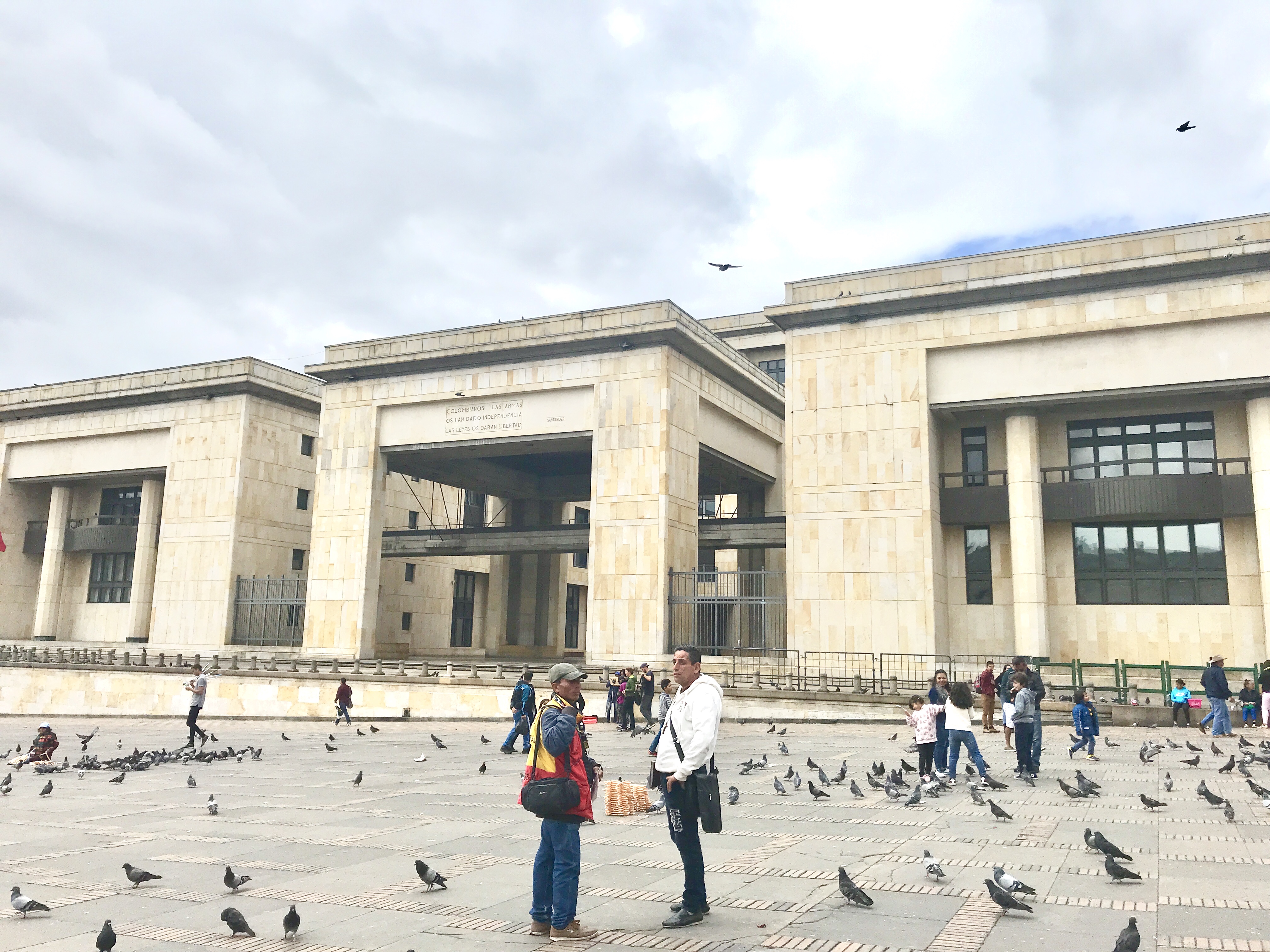 Also, Colombia’s presidential palace in downtown Bogota features predominately in the show, most notably when President César Gaviria declares a state of emergency in response to his country’s narco-terrorism woes. Netflix was granted special permission to film inside the complex. 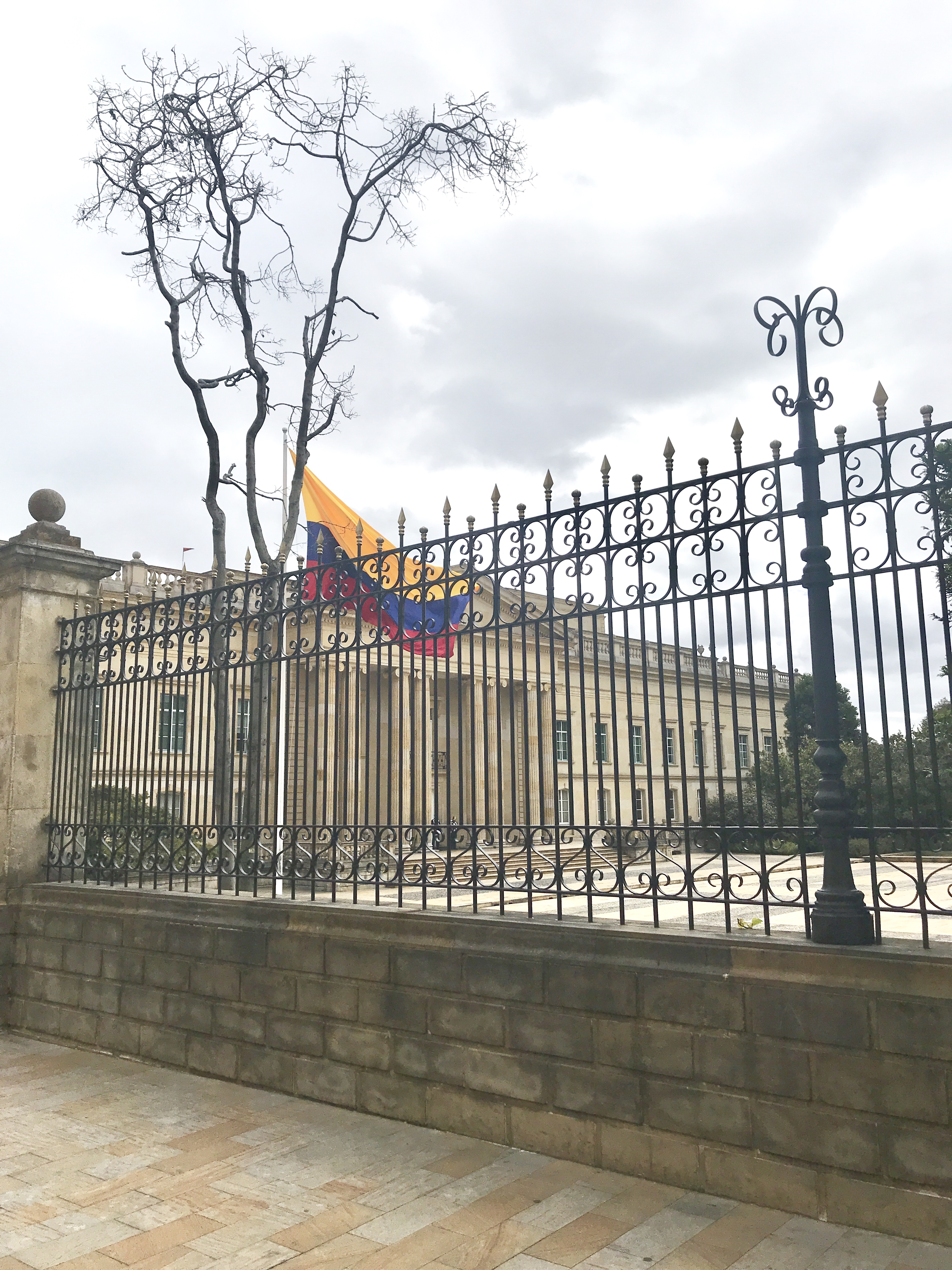 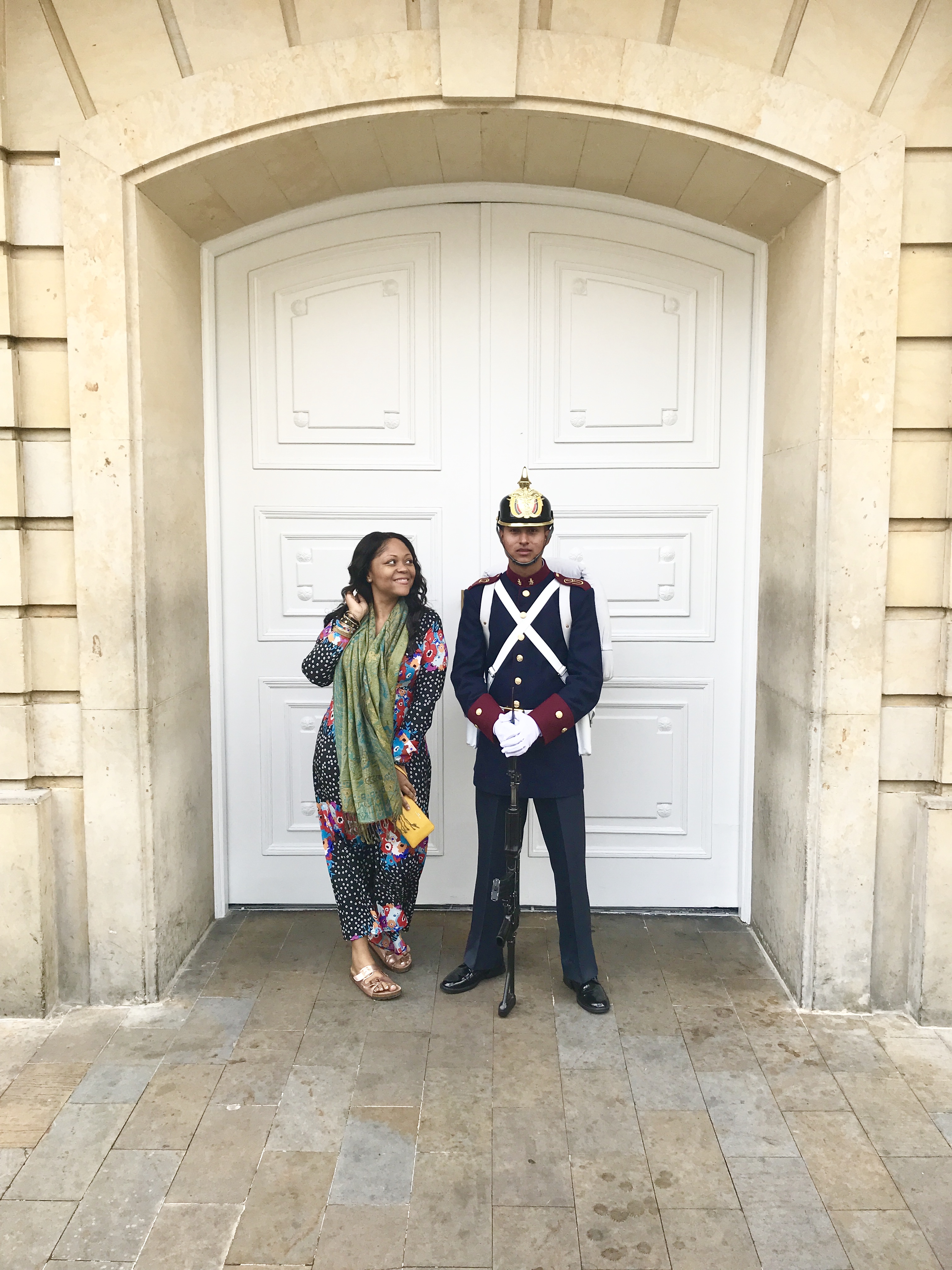 Lastly, enjoy some local beer and a game of Tejo.  Tejo, is the Colombian sport of throwing rocks at gunpowder. According to Wikipedia, “the sport originated by the Chibcha people from pre-Hispanic central-western Colombia.”
Where to eat:
Colombia as a country, is known for its coffee, among other things. Enjoy a cup of coffee at any time of the day, at Juan Valdez Café. Having coffee in Colombia is something that you cannot miss. The people in Bogota say that Juan Valdez is the best brand in Colombia, but I beg to differ. I enjoyed Sello Rojo, a much cheaper brand that is a little more smooth. 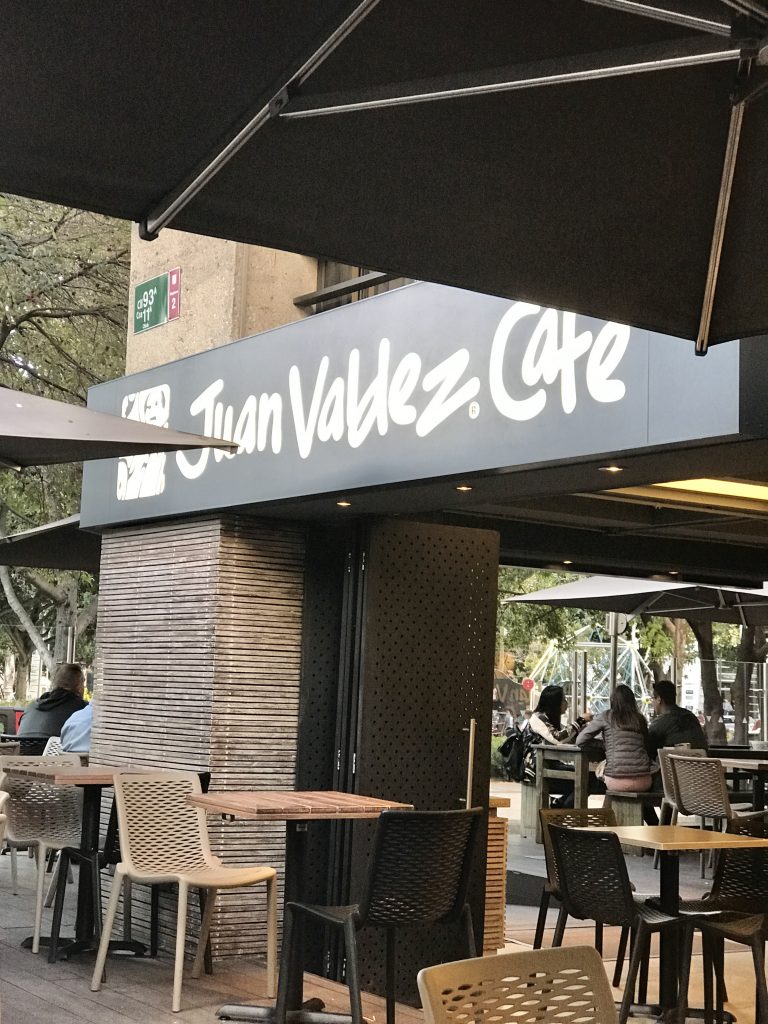 I highly recommend La Pureta de la Catedral for a traditional Colombian meal. This restaurant is known for its Ajiaco (potato and chicken stew) and its great views. The ingredients were very fresh and the portions were large.
If I ever returned to Bogota, I would make the trip a couple of hours outside of the city, to see the Salt Cathedral and visit a coffee farm. Other than that, this list will help you to check off all of the hot spots on your list.
I will talk about Cartagena in my next post. I definitely want to visit that city again!
Xo,
Alisha