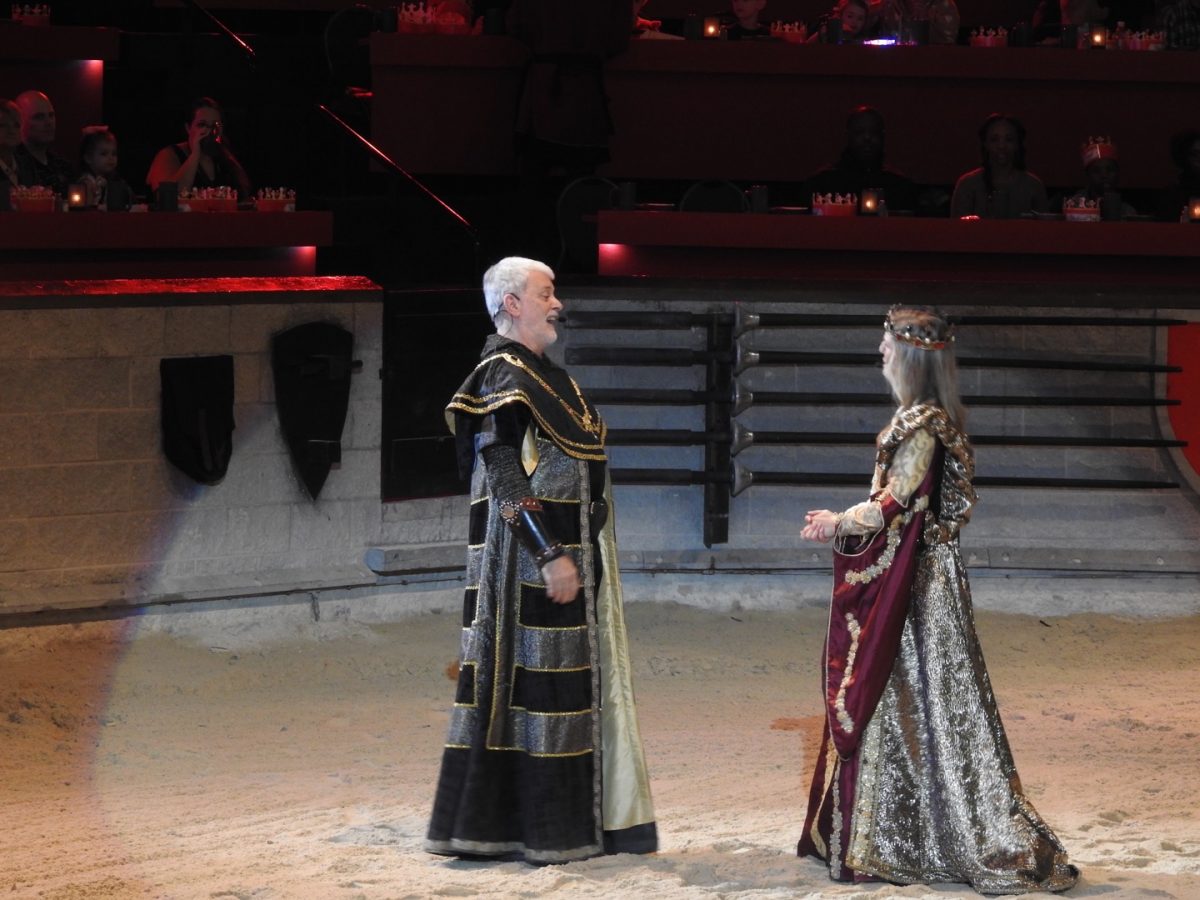 Who runs the world? Girls!!! 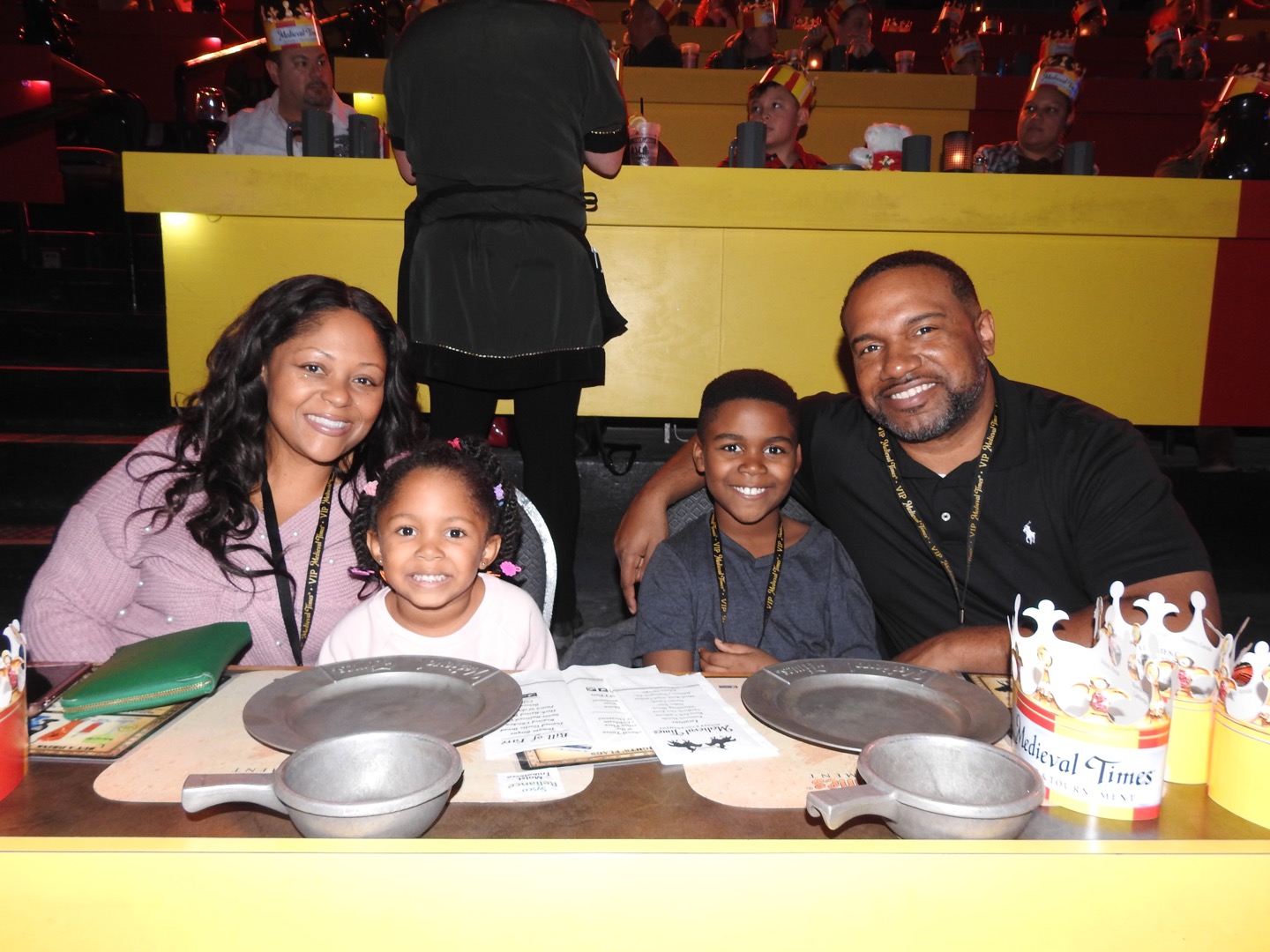 I was recently invited to visit Medieval Times, for the debut of their new show. For the first time in Medieval Times history, a QUEEN is the sole ruler of the land! 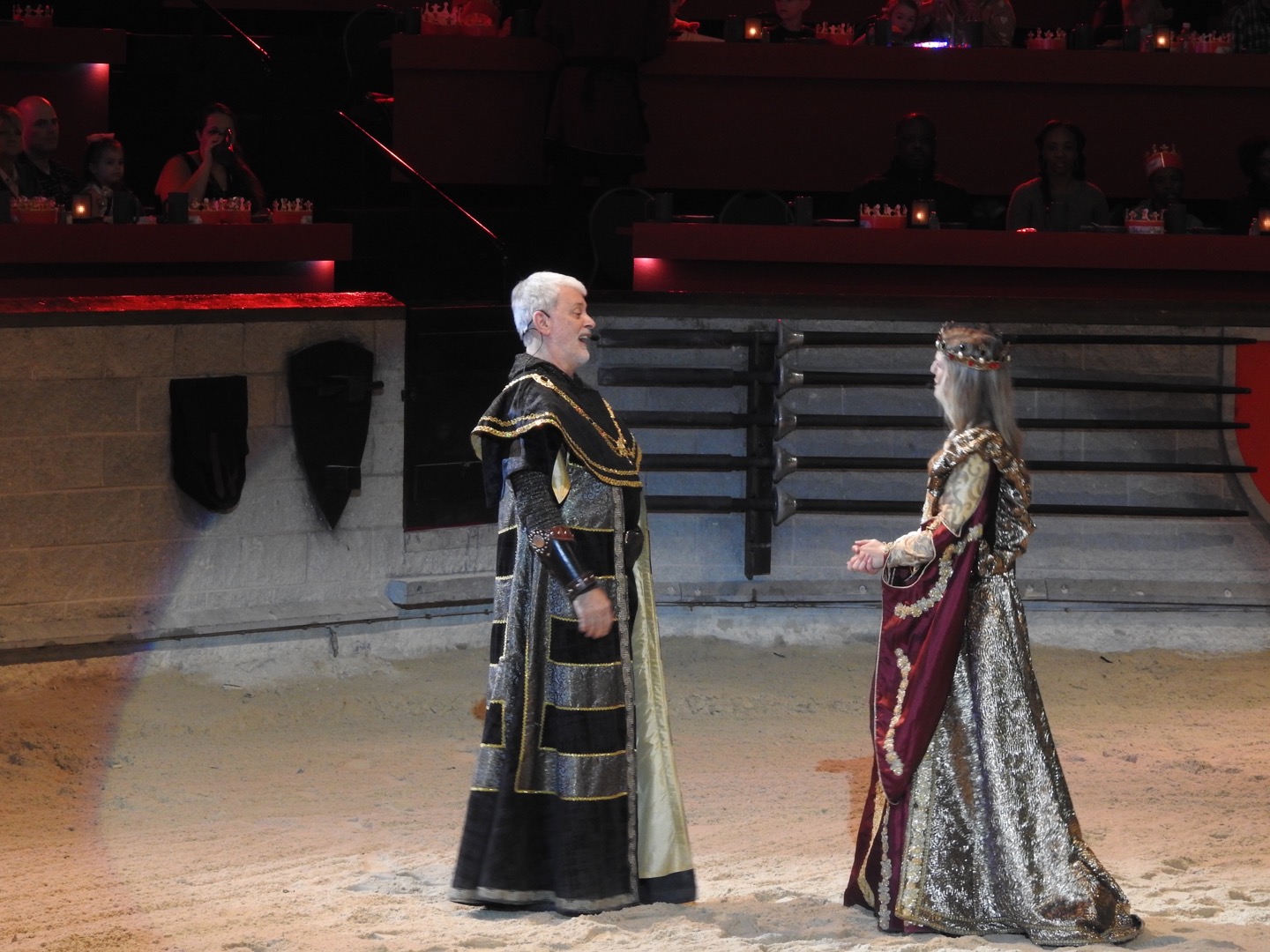 The new show features NEW fights, MORE jousting, all new costumes, an originally composed and produced musical score and now a Queen rides out for the first time Medieval Times 35 year history to welcome her guests to tournament.

If you have never been to Medieval Times before, here is a little background information on the #1 dinner attraction in North America. “Medieval Times is based upon authentic Medieval history and is the true story of a noble family with documentation dating back to the 11th Century. Medieval Times began with two dinner/ entertainment complexes located in Majorca and Benidorm, Spain. The first North American Castle in Kissimmee, Florida opened in December 1983. Medieval Times’ Castles have since entertained more than 60 million guests.” 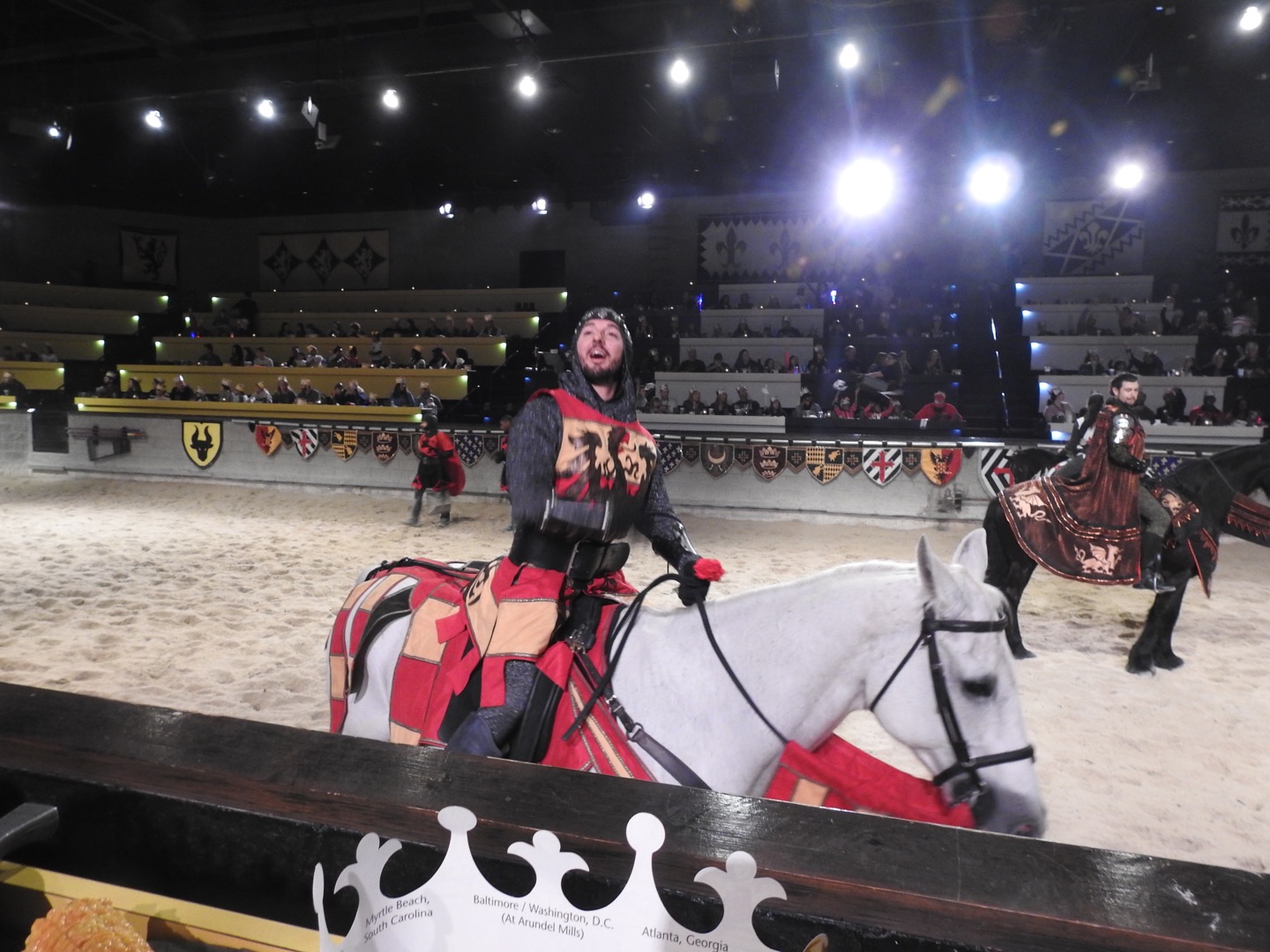 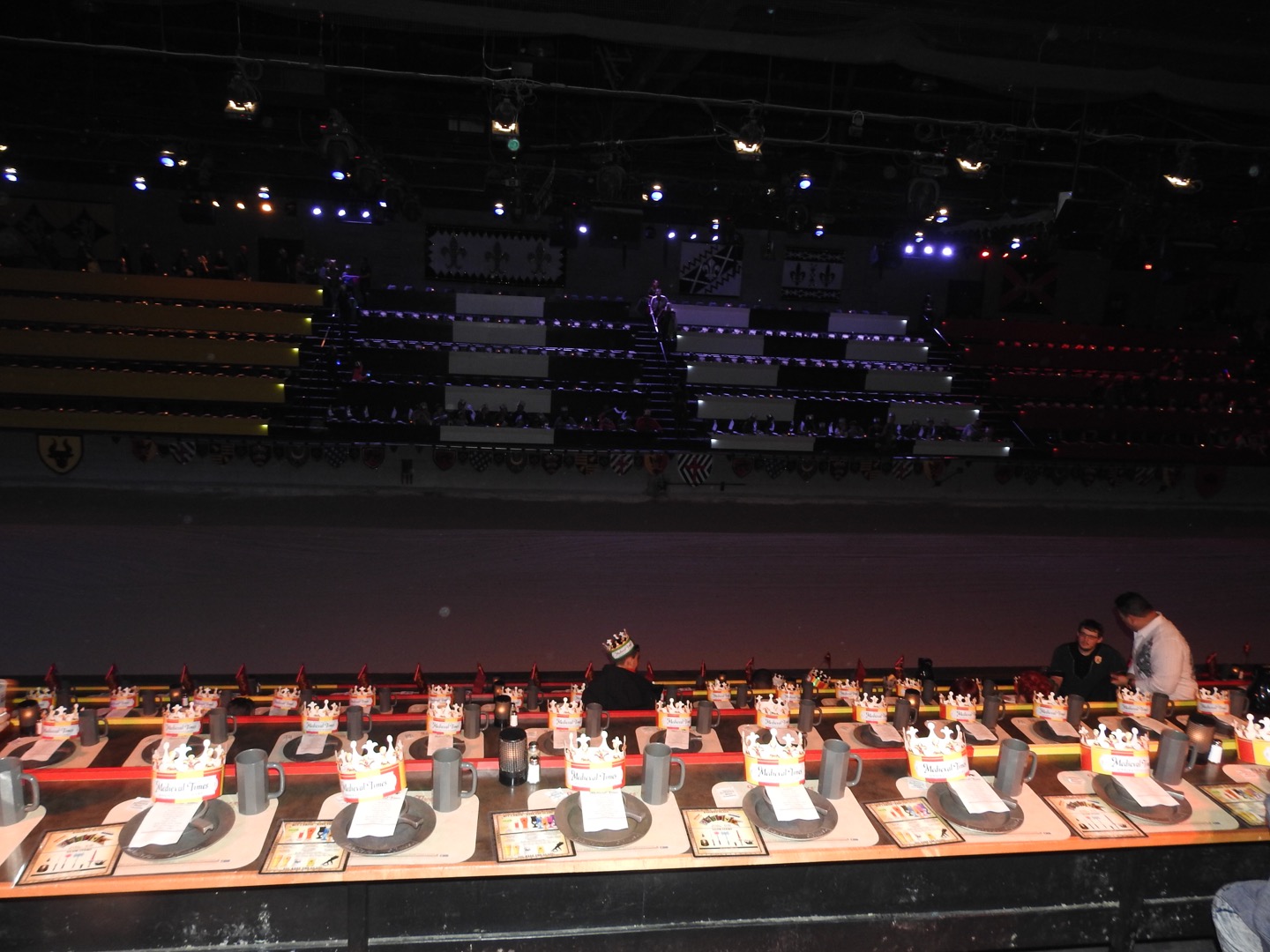 So why is there a woman ruler now, after all of these years? I had the opportunity to speak with the Queen after the show, and this is what she had to say.

“We actually changed the show, based on the audience. We had audience members request more participation from females in the show. About six years ago, our writers began working on the new script after getting so many requests. It is by coincidence, but with the “Me Too” movement going on, it was the perfect time to debut the new show.”

My husband and I visited the first North American Castle in Kissimmee, Florida back in 2007 but this was the first time for the kids. They had the best time! We had the VIP Royal Treatment, which included early entry, a walk on the red carpet, and front row seating. Go to the show hungry! Each ticket comes with a full meal of roast chicken with sides, soup, dessert and a beverage. It is the perfect place for the kids to let loose, get loud and eat with their hands! 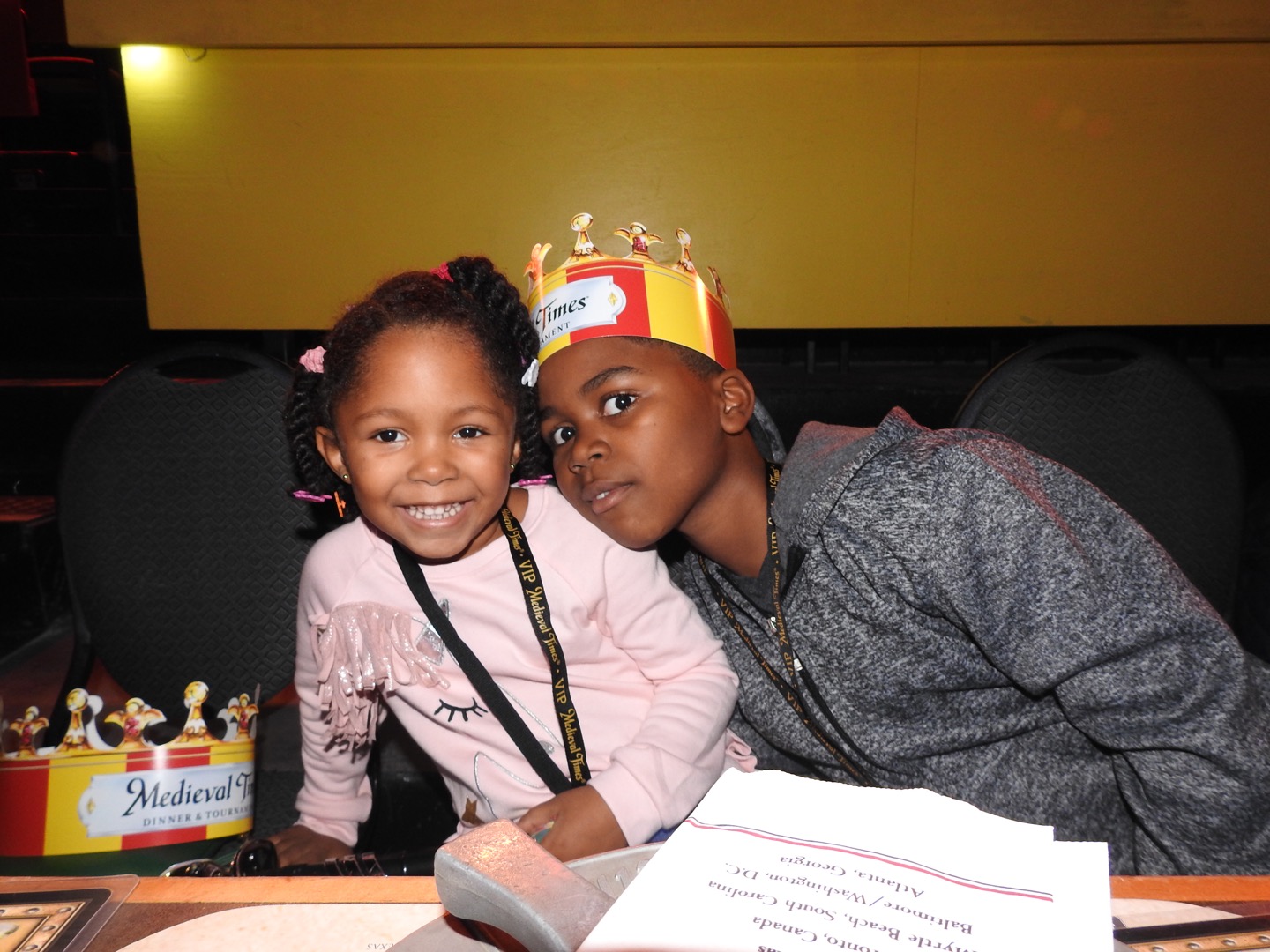 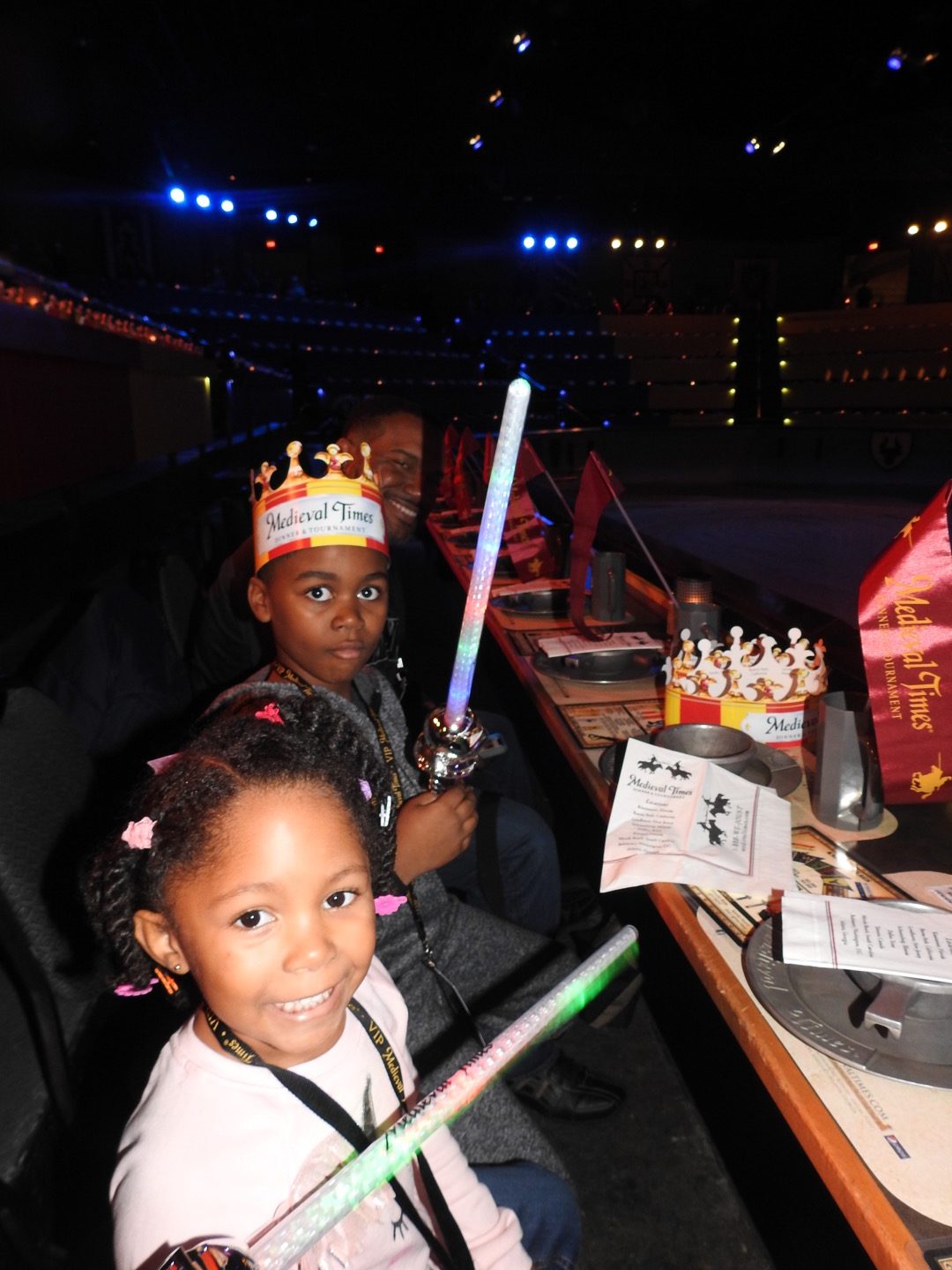 The Queen ran the show from beginning to end. My daughter was in awe and has not stopped asking if we can go back to the castle. There are 10 locations across the US. Visit Medieval Times online to plan your visit. 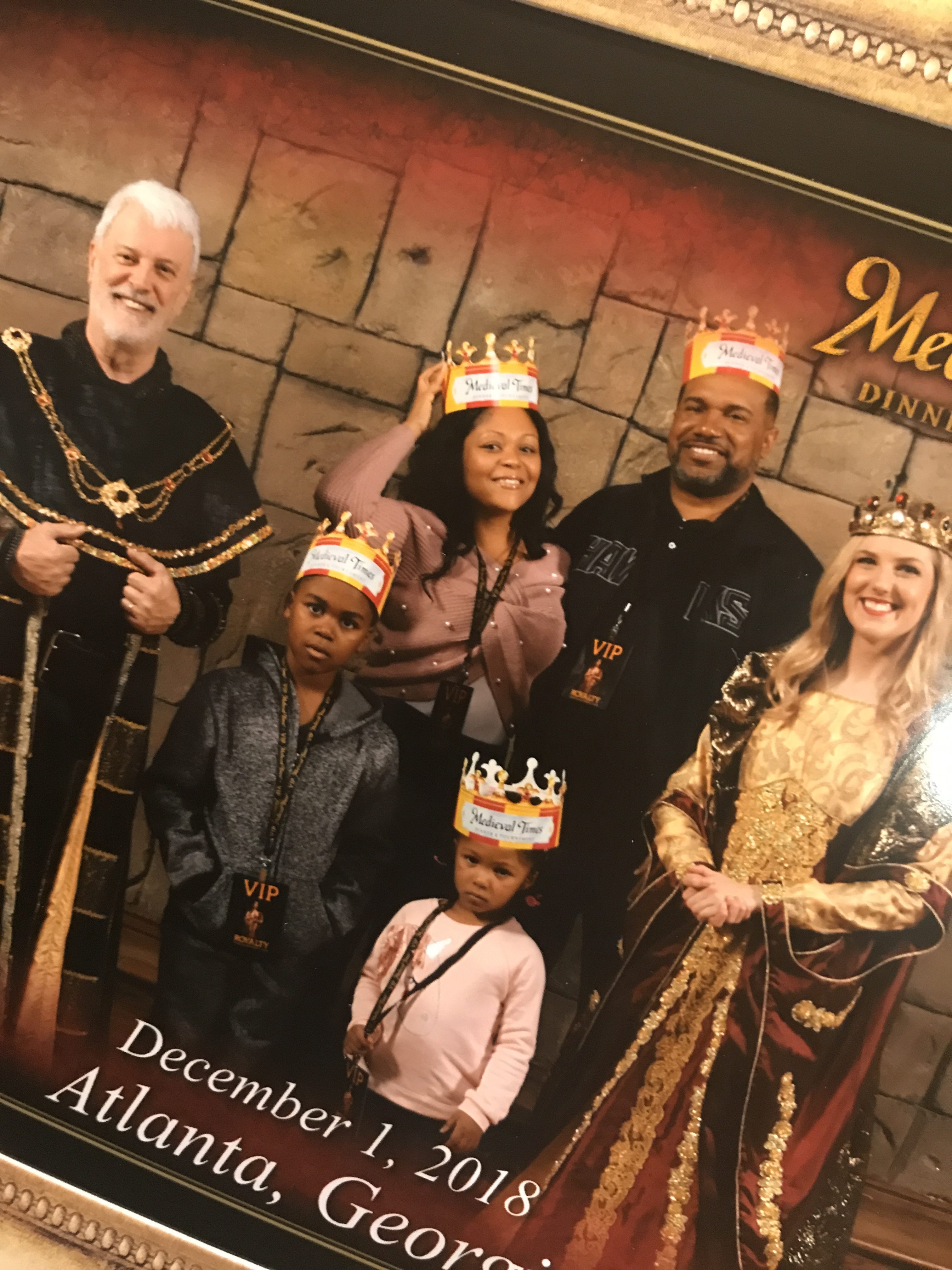 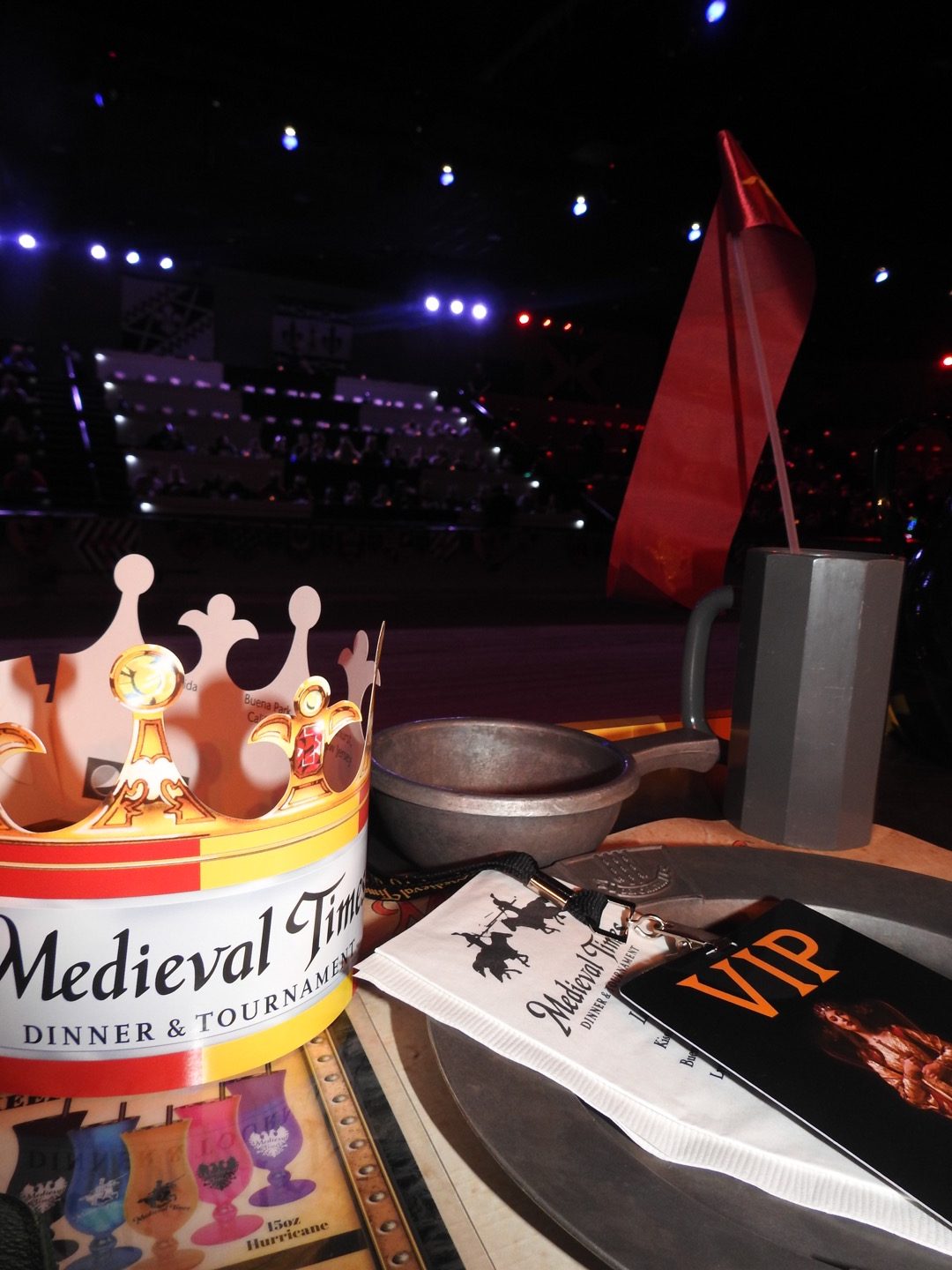 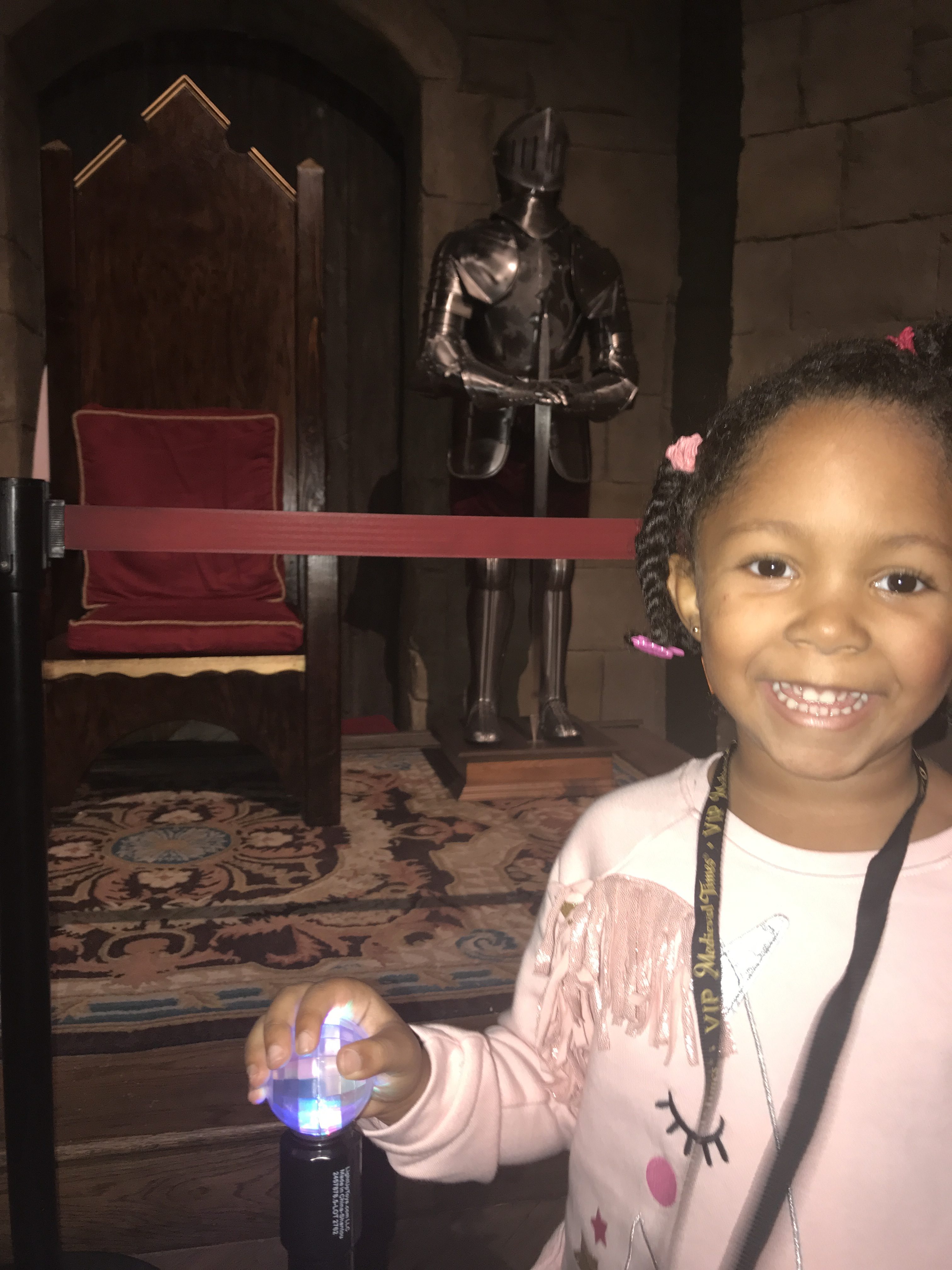 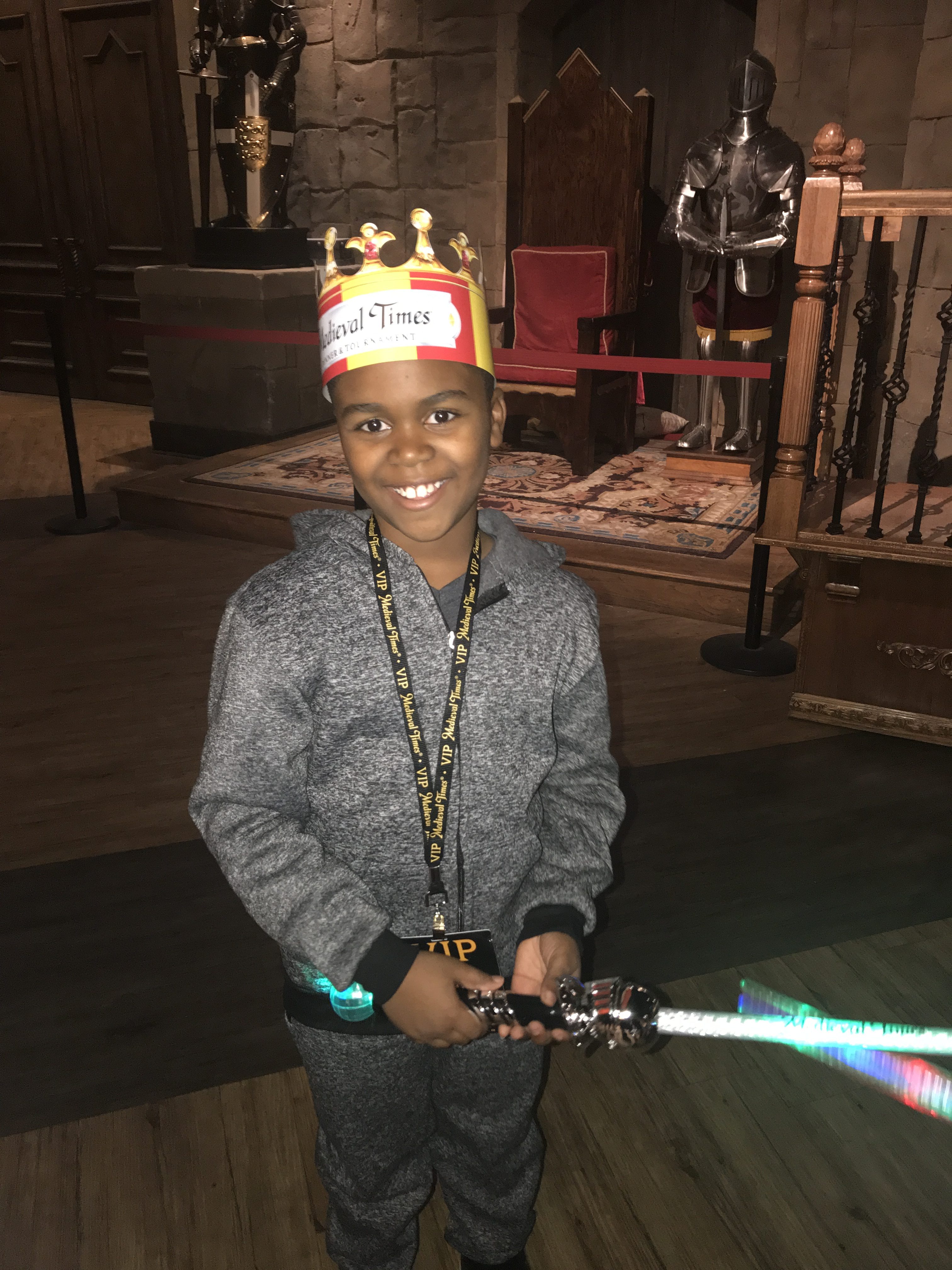 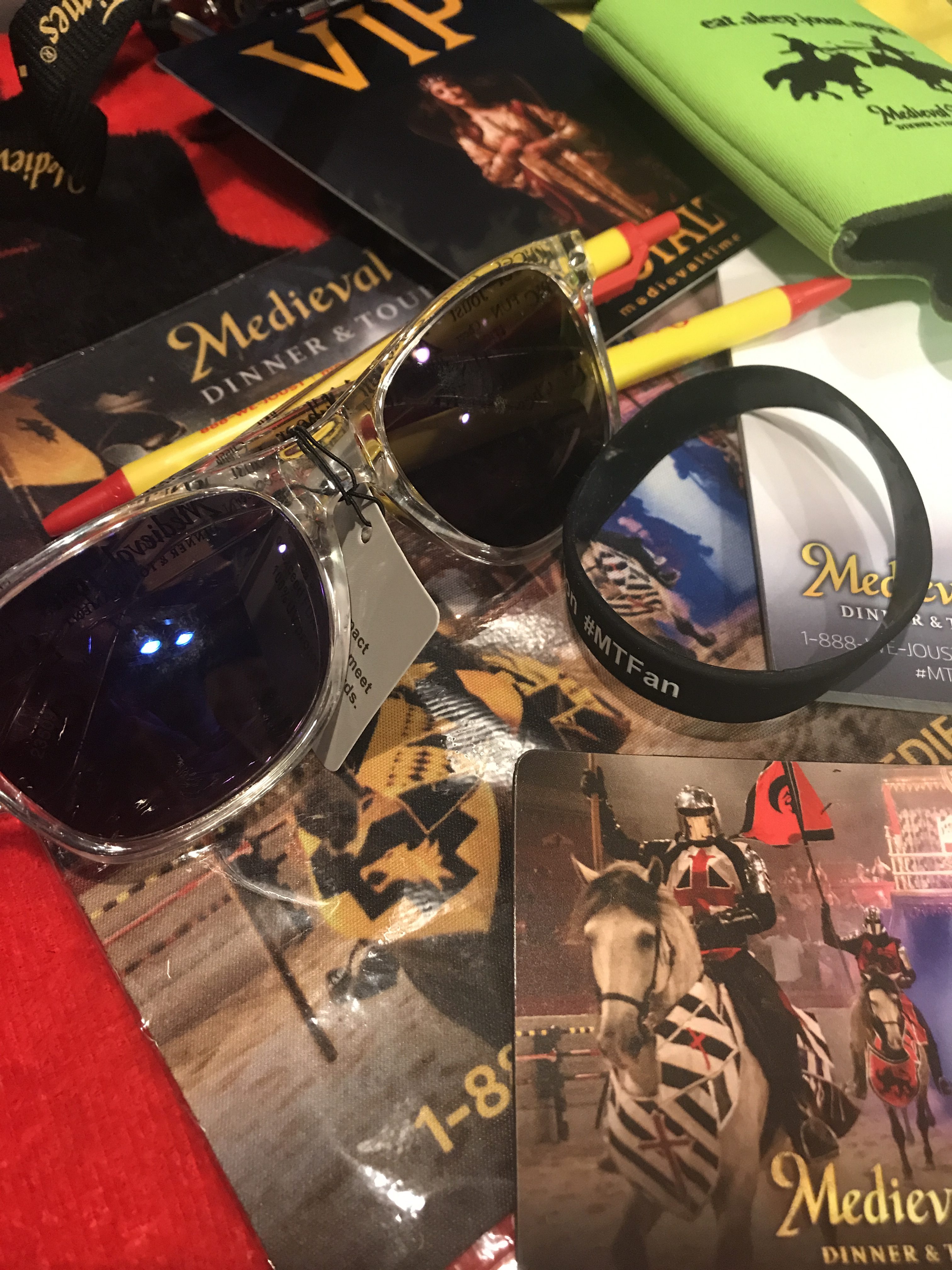